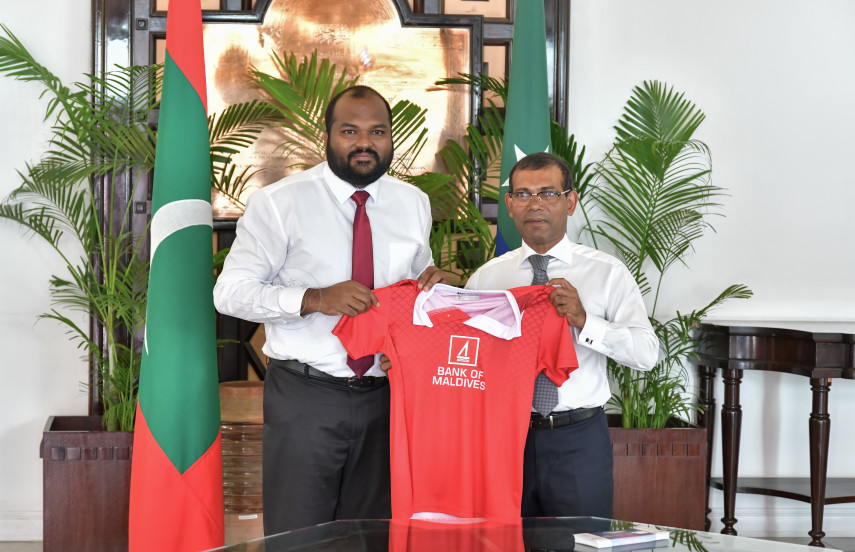 The Speaker of the People’s Majlis, President Mohamed Nasheed, and Members of Parliament have been invited to watch the Maldives national football team’s World Cup 2022 qualifier match against the Philippines, to be held at the national stadium in Male’ tomorrow.

Minister of Tourism, Ali Waheed, invited the Speaker to the game during a function held at the People’s Majlis today. During the function, the National Team Committee presented the Speaker with a team jersey and tickets to the match. The Minister also invited the Speaker and MPs to attend the Asian Cup 2023 qualification match against Guam on 19th November, also to be played in Male’.

The Speaker said it is “an honour to support the national football team,” and confirmed his participation at the game tomorrow, along with other Members of Parliament. The Speaker highlighted the importance of the two matches, and wished the Maldives team ever success. 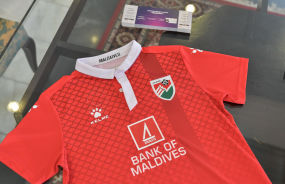 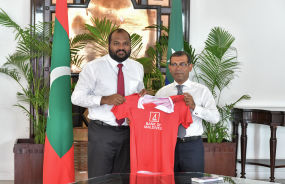 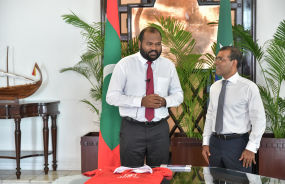 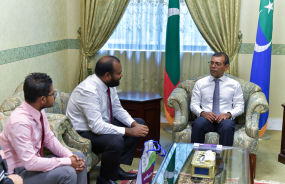 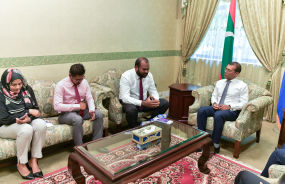 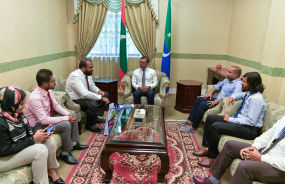 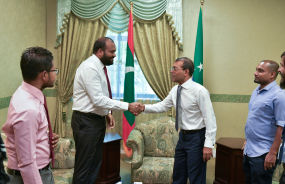