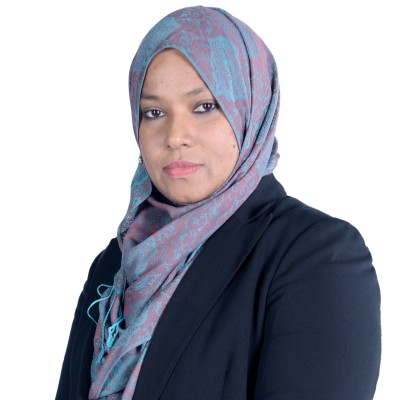 Secretary General of the Parliament of Maldives

Fathimath Niusha is licensed to practice law in the Maldives from 2006 onwards and has undertaken various projects on legislative drafting and translation of legislation from Dhivehi to English. She is on the National Archives Advisory Board and is the current President of the Board. She has represented the Parliament on various occasions in meetings abroad and has guided the Parliamentary Education programs conducted by the Secretariat in the past.