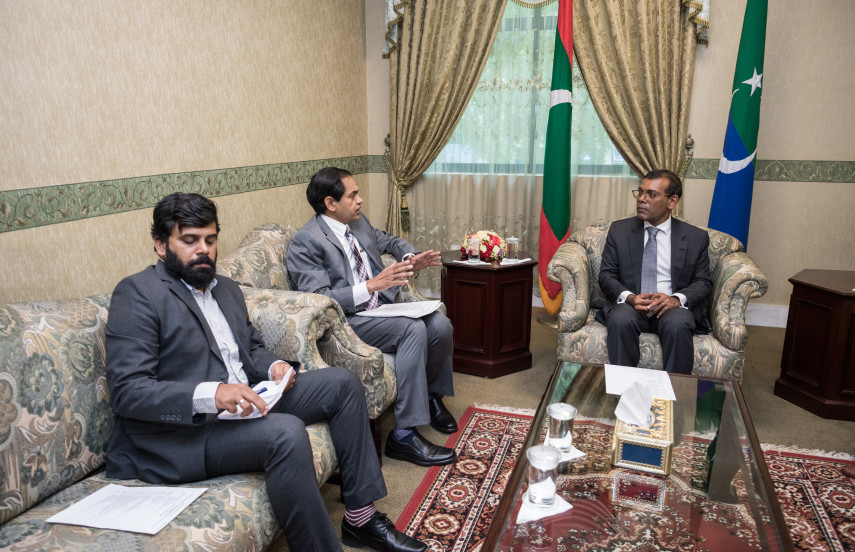 The Ambassador of India to the Maldives, H.E. Sunjay Sudhir, paid a courtesy call on Hon. President Mohamed Nasheed, MP, Speaker of the People’s Majlis.

During the meeting held today at the People’s Majlis, the Speaker highlighted the close and friendly relations between the Maldives and India. He expressed appreciation for the Indian government’s continued assistance to the Maldives, and assured his commitment to increasing cooperation between the two countries in areas of mutual interest.

Ambassador Sudhir underscored his commitment to the India-Maldives partnership, and expressed gratitude to the Maldivian government for its efforts and assistance in this regard.