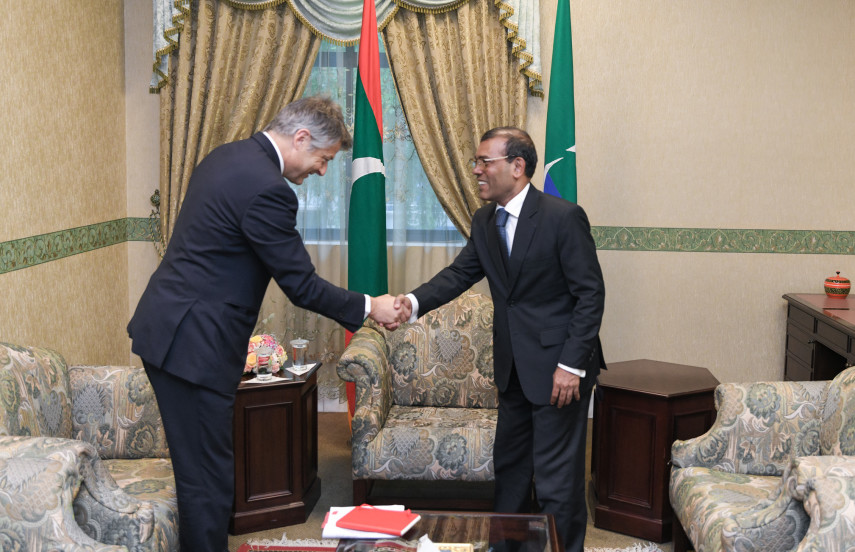 European Union Ambassador to the Maldives, His Excellency Mr. Denis Chaibi paid a courtesy call on Hon. President Mohamed Nasheed, MP, Speaker of the People’s Majlis at the Parliament House.

Hon. Speaker and Mr. Denis Chaibi discussed the substantive issues on which the Maldives and the EU can constructively engage, highlighting areas such as Judicial reform among other important spheres. Discussions were also made on the dire impact of climate change and the shortcomings these effects pose to sustaining development. The Speaker also discussed about the programs carried out for climate change causes and the role of the parliament in upholding these strategies. In addition, the Speaker expressed his gratitude towards the European Union on their continuous support given to the Maldives. 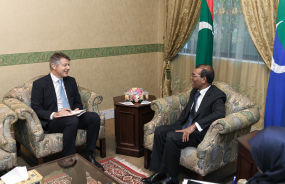 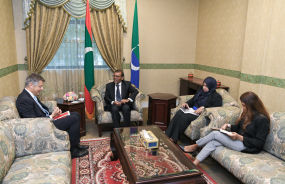 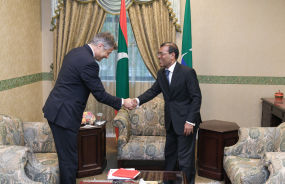 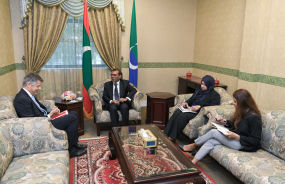 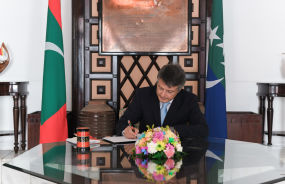 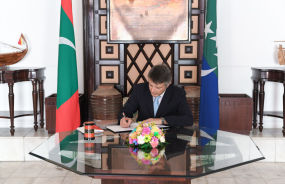