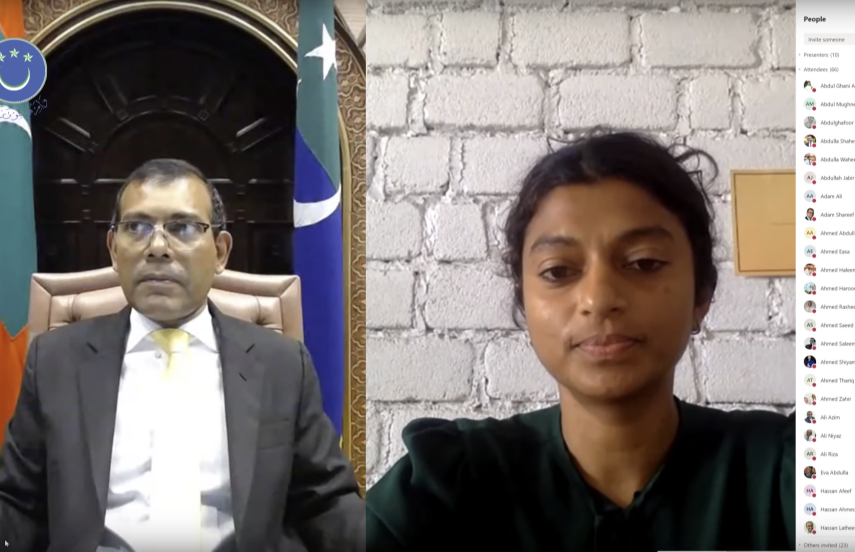 Speaker of the People’s Majlis shared information with IPU & Commonwealth regarding the work done by Parliament to shift its work online.

President Mohamed Nasheed, MP, Speaker of the People’s Majlis shared the information with Inter-Parliamentary Union and Commonwealth Parliamentary Association regarding the work done by Parliament to shift its work online.

The Speaker, in his letter, mentioned about the vital measures taken by the Government of Maldives to tackle the COVID-19 crisis, such as, gradually restricting travel for both international and domestic, enhancing screening, closing cafés and restaurants, closing all the public offices, advising employees to work from home and advising against non-essential outings.

He also mentioned that the Majlis shifted the work online in order to support the guidelines set by the government. Moreover, the Speaker mentioned that even though a Public Health Emergency has been declared in the Maldives, the Majlis wishes to be available and to be prepared to offer any support to the government and address the concerns of their constituents. He also stated that the 19th Majlis, which was elected on a broad platform for reform, is determined to deliver on its pledges to the people.

Furthermore, the Speaker stated that functions of the legislature will continue unimpeded during the COVID-19 crisis and despite members not being physically present in the parliamentary chambers, all parliamentary functions, such as votes, debates, and committee meetings, will take place online via Microsoft Teams.

The Speaker also conveyed solidarity during this difficult time and wished good health and speedy recovery to all who are infected by the virus.