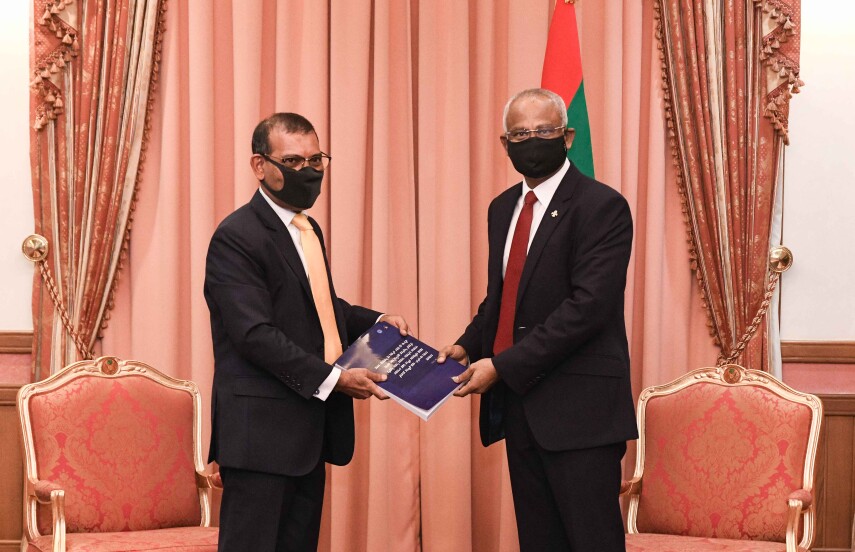 President Mohamed Nasheed, MP, Speaker of the People’s Majlis presented the parliament recommendations in implementing the government’s initiatives to combat COVID-19 pandemic to His Excellency President Ibrahim Mohamed Solih. The report was presented to the President during a meeting held at the President’s Office this afternoon.

The parliament aims to provide its findings and suggestions regarding the various government initiatives by the government to recover from COVID-19.

The recommendation report details out social, economic, and communal impact due to the COVID-19 pandemic. It also states the effects on people due to loss of income and job and its effects on community. Furthermore, the report outlines the measures that can be done to minimize the impact of it on the people who are affected the most during the pandemic.

Speaking at the meeting, President Ibrahim Mohamed Solih expressed his gratitude to the President Mohamed Nasheed, MP, Speaker of the People’s Majlis and to all the members of the parliament for the work done during this pandemic. 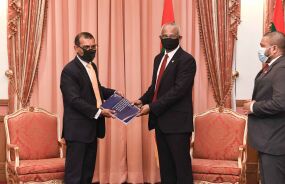 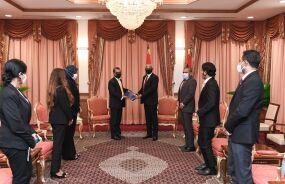 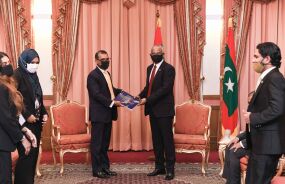 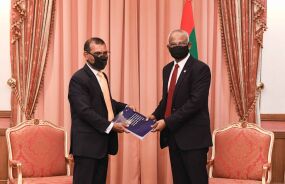 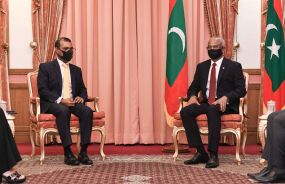 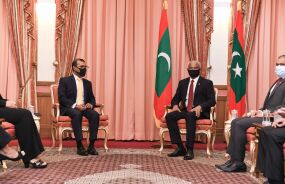 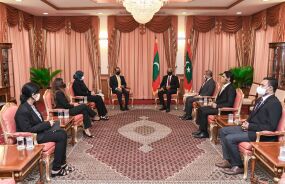 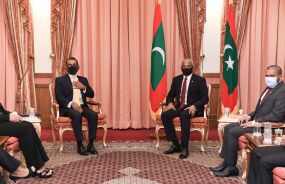 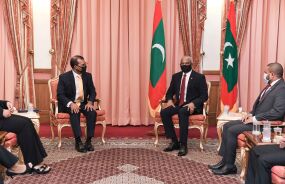