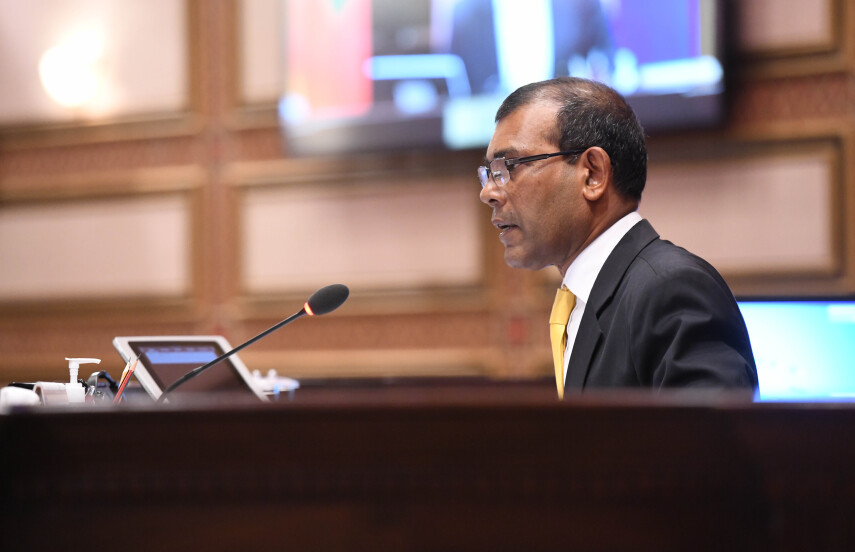 Speaker of the People’s Majlis, President Mohamed Nasheed is currently receiving treatment at ADK Hospital for the injuries sustained following an explosion outside his residence earlier this evening. Three of the Speaker’s bodyguards and a UK national also sustained injuries in the attack.

The Hon. Speaker is currently being treated and undergoing multiple surgeries at ADK hospital by a Multi-Specialist Medical Team. Maldives National Defense Force (MNDF) and Maldives Police Service is currently operating in the scene and investigation the explosion. The Deputy Speaker, Members of the People’s Majlis and the staff of the Majlis Secretariat strongly condemn the cowardly terrorist attack on the Speaker of the People’s Majlis, President Mohamed Nasheed’s life.

An emergency special sitting of the Parliament is underway from 2245hrs, and the sitting will continue until a full update on the Speaker’s condition is provided by the medical team.

Our thoughts and prayers are with the Hon. Speaker President Mohamed Nasheed and the others injured in this attack.